“Allow the Intelligence within the patient to express its own unerring potency, rather than applying a blind force from without.” 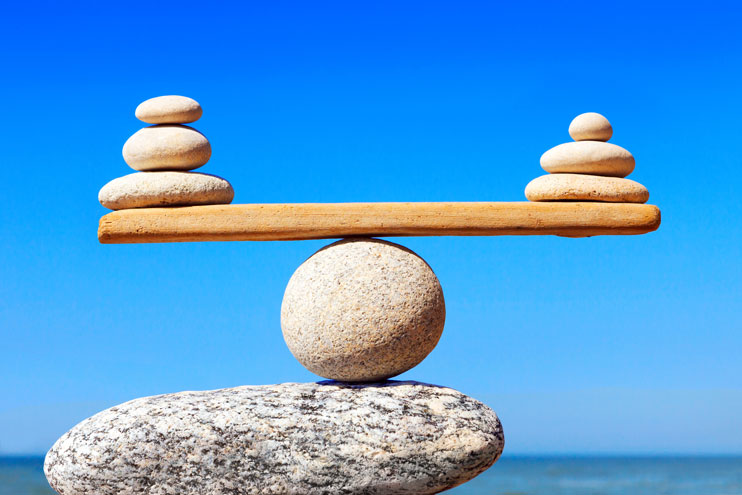 Osteopathy is a medical practice centered on wellness; it looks for the cause of distress, as opposed to merely treating symptoms. Doctors of osteopathy (DOs) are guided by the principle that there is an intelligence within us that is always seeking health. At OHM, we have a profound respect for this self-correcting, self-healing mechanism, known in osteopathy as primary respiration.

Just as tides ebb and flow in nature, so the tide of primary respiration moves in our bodies. The quality of this natural motion reflects an individual’s state of vitality and systemic balance. In one sense, the tide itself serves as the body’s inner doctor. When the inner doctor is unable to self-correct, osteopathic treatment can often be helpful.

Your body is a unified whole of interrelated systems, which is why symptoms alone often don’t provide an accurate picture of what’s going on. Working with our hands to sense the tone, integrity, and vitality of the entire system, we locate the root cause of the problem and identify the next step in the healing process. We see this as simply helping patients heal themselves, in the safest, most effective way.

DOs and MDs are licensed physicians. DOs are guided by the principles of osteopathy. MDs are guided by those of allopathic medicine. The difference between MDs and DOs is that in addition to four years of medical school, DOs receive additional training in osteopathic manipulative medicine (OMM).

Chiropractors are not fully licensed medical doctors, and are not required to have completed residency training in a hospital. Chiropractors and DOs practicing hands-on osteopathy differ in many ways—level of training, scope of practice, and approach to treatment. While chiropractors focus exclusively on spinal alignment, DOs are concerned with systemic movement and restoration of health.

There are significant differences between osteopathy in the cranial field (OCF) and craniosacral therapy (CST). Cranial osteopaths are licensed physicians, trained in anatomy, physiology, health, and disease states. OCF is a modality for diagnosis and treatment provided as part of a comprehensive treatment plan. Craniosacral therapy (CST) is a form of light-touch bodywork developed by an osteopath as a tool for massage therapists and other bodyworkers. CST courses are open to anyone—medical background or not—and there are no national standards or regulations. The technique can be practiced with as little as four days’ training.

Andrew Taylor Still and the History of Osteopathy

Andrew Taylor Still, MD, DO developed the science and practice of osteopathy in the late 19th century, motivated by the tragic deaths of his three children, which occurred despite his medical training. Guided by the intelligence he perceived at work in nature, Dr. Still’s philosophy differed from established medical thinking by suggesting that the physician’s role is to find and invigorate the inherent health within patients, as opposed to identifying disease and treating symptoms.

He discovered that supporting the body’s structure and its function allowed self-healing and self-regulating forces to work much more efficiently. His new method of diagnosing and treating a wide range of problems and disease proved not only more effective, but safer. And yet to many, Dr. Still’s ideas remain as revolutionary today as they were 150 years ago.

The first osteopathic medical school, the American School of Osteopathy, opened in 1892. Today there are more than 30 colleges and universities in the United States that offer a doctor of osteopathy degree. Students complete four years of osteopathic medical school, where they receive the same training in sciences and clinical medicine as allopathic (MD) medical students. In addition, they complete 500 hours of training in anatomy and manual medicine.

After medical school, DOs can pursue an osteopathic internship or residency in neuromusculoskeletal medicine (NMM)—or in any other medical or surgical specialty. After the three-year NMM residency, physicians apply for board certification by the American Osteopathic Board of Neuromusculoskeletal Medicine, one of the most comprehensive board exams in medicine.

OCF and Biodynamics of Osteopathy

Osteopathic principles have been evolving ever since Dr. Still established the science. In 1929, William Garner Sutherland, DO introduced his cranial concept. It was based on his observation that the interfaces between the cranial bones were beveled, like the gills of a fish, indicating that they were moved by a respiratory process. He went on to discover a level of physiologic function that he called the primary respiratory mechanism, which is fundamental in the physiology of growth, development, and healing.

He described different aspects of this mechanism, including the motility of the neural tube, the mobility of the cranial membranes and bones, and a core link between the cranium and sacrum that coordinated their motion. He identified the fluctuation of the cerebrospinal fluid as the first and most fundamental principle of the mechanism. Within it he had found a potency, an invisible fluid within the fluid, that he described as having intelligence.

Dr. Sutherland observed that when the cranial sacral field was brought to a short rhythmic period of fluctuation, a stillness was revealed at the center of the tide, and a transmutative process unfolded, in which every cell in the body was nourished. Today, this practice is called osteopathy in the cranial field (OCF).

The biodynamic view of OCF was developed by James Jealous, DO, inspired by the work of embryologist Erich Blechschmidt, MD. Dr. Blechschmidt observed that the fluid fields involved in embryologic development never missed the prescribed timing and intersections of their biology. His research revealed that motion was more important than biochemistry in embryologic development; he also expressed an appreciation for the inherent intelligence in the embryologic process.

Dr. Jealous recognized the parallels between Blechschmidt’s work and the work of doctors Still and Sutherland, to which he has added decades of research and refinement. The forces of embryologic development never cease functioning, but are maintained throughout our lives as forces of growth and healing—the biodynamic model—provides a foundation for our understanding of osteopathic principles, as well as anatomy and physiology.

To learn more about osteopathy, please visit our Resources page.

Get an immediate callback