OHM physicians are nationally and internationally recognized as practitioners and teachers, known for treating a varietyof conditions. There’s a strong synergy among the team, and patients benefit from that collective expertise. 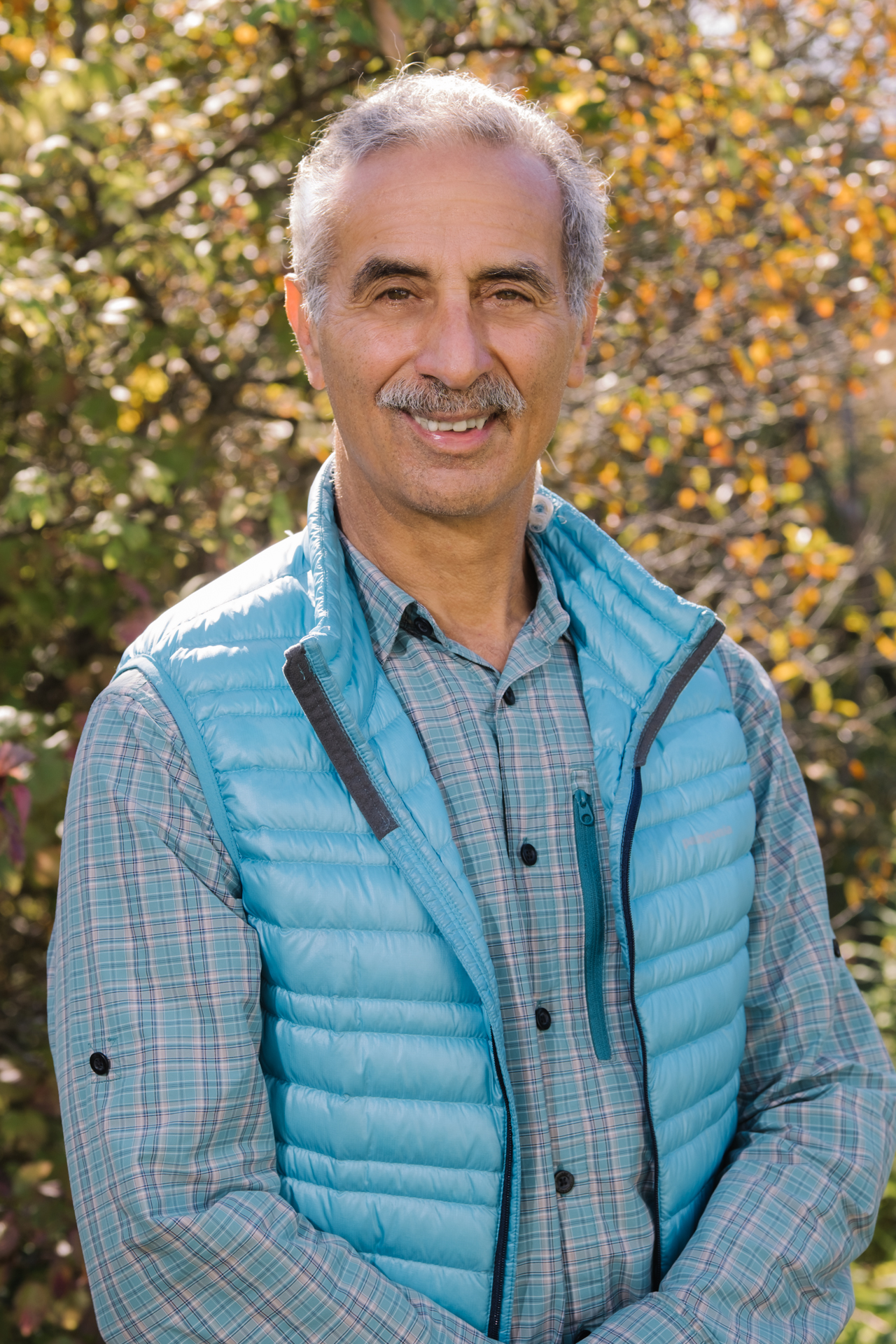 Jeff Greenfield, D.O. is a licensed Osteopathic Physician, board certified in Family Medicine, Osteopathic Manipulative Medicine (OMM), and Functional Medicine. Dr. Greenfield is a skilled hands-on Osteopath with expertise in Cranial Osteopathy, for which he is Certified by the Osteopathic Cranial Academy, and an emphasis on the Biodynamic approach. His Osteopathic teachers include James Jealous, DO, Ann Wales DO, Lou Hasbrouck DO and all of his patients. READ MORE

After graduation from the University of New England College of Osteopathic Medicine in 1985, he was accepted into the USAF Family Medicine Residency program where he received his Family Practice training and later served as a member of the Family Practice faculty. After completing his military service, he practiced Osteopathic Family Medicine and Emergency Medicine in New Hampshire. Following his heart, he built a successful Osteopathic Manipulative Medicine and Integrative Medical practice in Manchester, NH. After 25 years, Dr. Greenfield’s thirst for knowledge and search for novel treatments lead him to accept an offer from Gordon Medical Associates (GMA) in California. After 1 ½ years at GMA combining his Osteopathic skills with Integrative/Functional Medicine approaches in the treatment of complex medical conditions, he returned to New England with a broadened set of skills to apply in his practice of Osteopathy.

Dr. Greenfield is happy to now be living in Maine with his wife Heather and practicing at OHM with colleagues and friends, some of whom he has worked and taught with for nearly 30 years. In his practice, he will combine his expertise in Osteopathic Treatment with the use of natural supplements, herbal medicine, and conventional medicine to improve the health and quality of life of his patients. READ LESS

Keelyn Wu, D.O. began his study of Osteopathic Medicine in 1991 at the University of New England College of Osteopathic Medicine in Biddeford, Maine. Dr. Wu completed his internship at Eastmoreland Hospital in Portland Oregon in 1996 and went on to complete his residency in Osteopathic Manipulative Medicine at St. Barnabas Hospital in New York in 1998. He has been practicing Osteopathy in the Portland, Maine area since 1998. He is board certified in Neuromuscular Medicine and Osteopathic Manipulative Medicine and has consulting privileges at Mercy Hospital. Dr. Wu has always had a special interested in nutrition, digestion and the immune system. His interests led him to further training in Functional Medicine which addresses the underlying causes of disease, using a systems-oriented approach and engaging both patient and practitioner in a therapeutic partnership. READ MORE

In addition to his full time practice he is involved in teaching osteopathic skills, principles and philosophy to both medical students and physicians. He is also one of several local osteopathic physicians who volunteer at the Portland Osteopathic Children’s Clinic. He and his wife live in Freeport and have two children. READ LESS 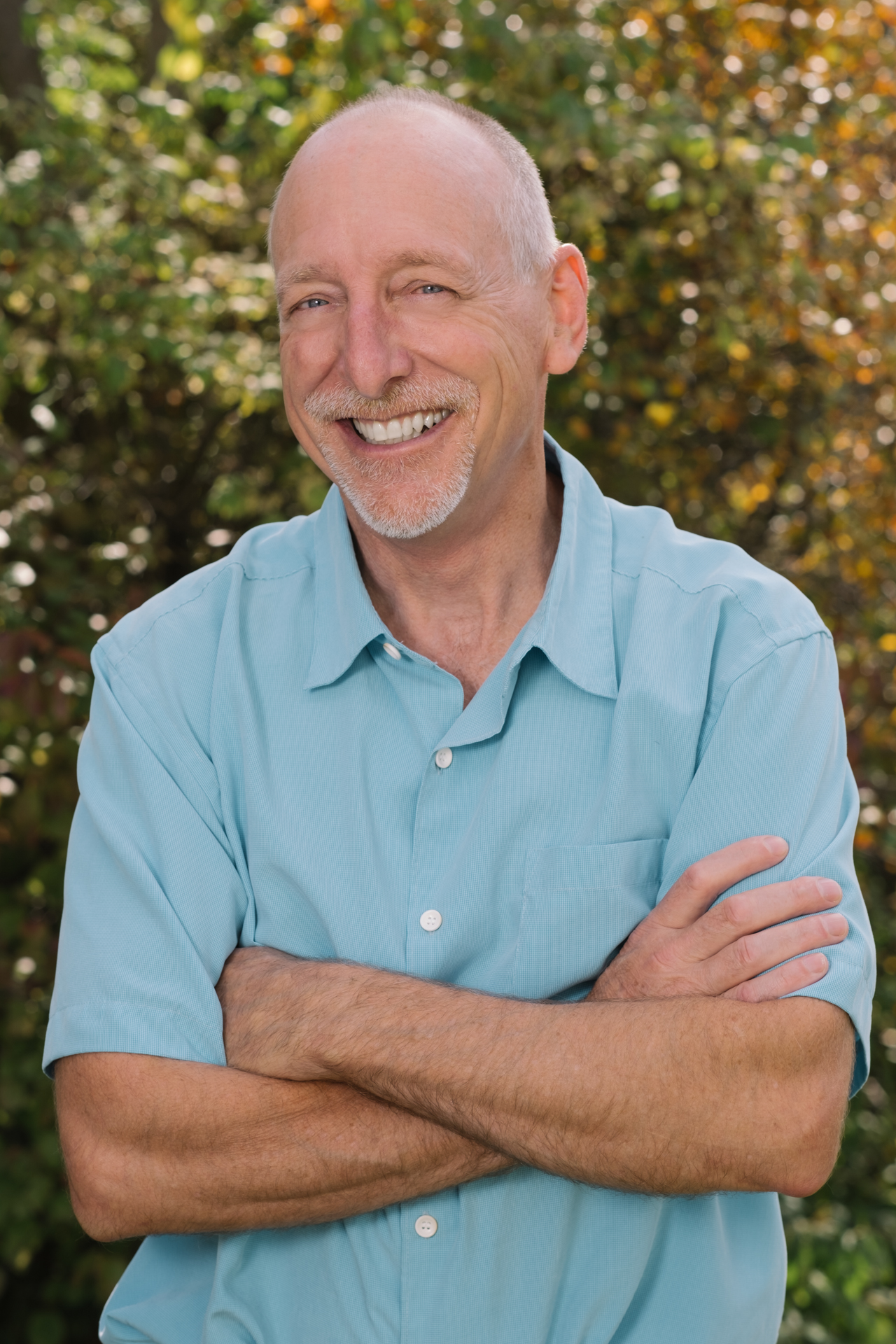 He is board certified in Osteopathic Manipulative Medicine and has consulting privileges at Mercy Hospital. In addition to his full time practice, Dr. Gilson is involved in teaching osteopathic skills, principles and philosophy to both medical students and physicians. He is a clinical professor of osteopathic manual medicine for UNECOM, MSUCOM, and Iowa COM. He is also the medical director at Portland Osteopathic Children’s Clinic. Areas of interest include sports medicine, brain injury, and endocrine issues. He lives in Brunswick ME with his two children. READ LESS 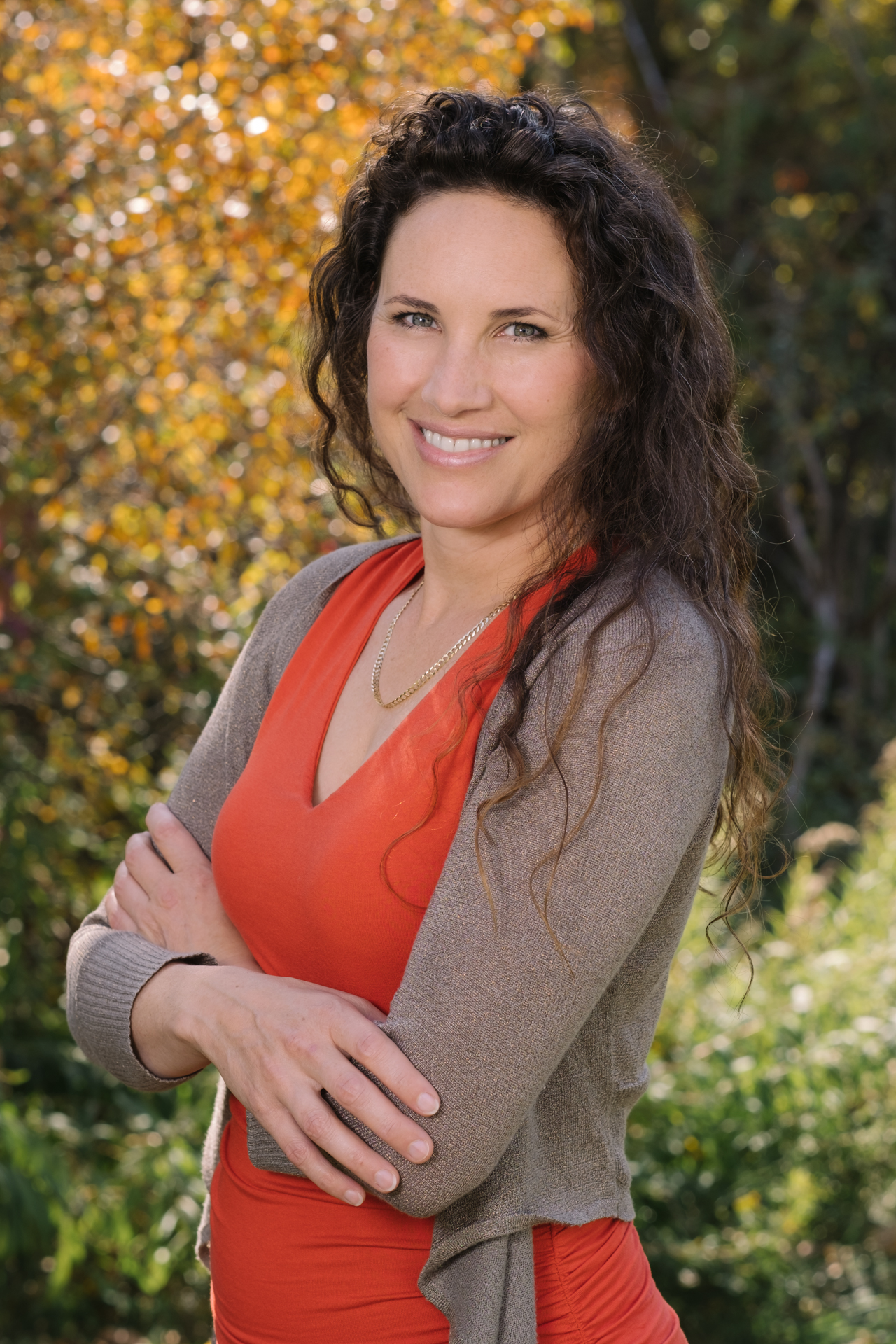 Jen Hilton, D.O. completed her medical education in her home state of Maine at the University of New England College of Osteopathic Medicine (UNECOM). During medical school she discovered that her passion for understanding nature and facilitating health in others had found a home with Osteopathy. Dr. Hilton was granted the Outstanding Achievement Award in Osteopathic Principles and Practice for her work to inspire and foster her classmates’ appreciation for Osteopathy. She completed a traditional Osteopathic rotating internship and Neuromusculoskeletal /Osteopathic Manipulative Medicine (NMM-OMM) residency at St. Barnabas Hospital in the Bronx, NY. READ MORE

She also completed a two-year course of study through the New England School of Homeopathy which blended well with Osteopathy in enhancing her patient‘s health naturally. She returned to Maine in 2008, joining Osteopathic Healthcare of Maine because of their dedication to Osteopathic philosophy and principles and their commitment to continued learning, teaching and service.

In her practice she establishes a therapeutic partnership with her patients to understand, empower, and guide them in all aspects of their health. She uses an integrative medicine approach that emphasizes self-healing practices such as mindful awareness, meditation and spirituality. When needed, she accesses a variety of resources to support the patient’s health including collaboration with other health care providers and facilitators.
In her own life, she is committed to mothering her two boys and to personal growth and service, as well as the partnership with others to bring greater love and healing to this world. READ LESS 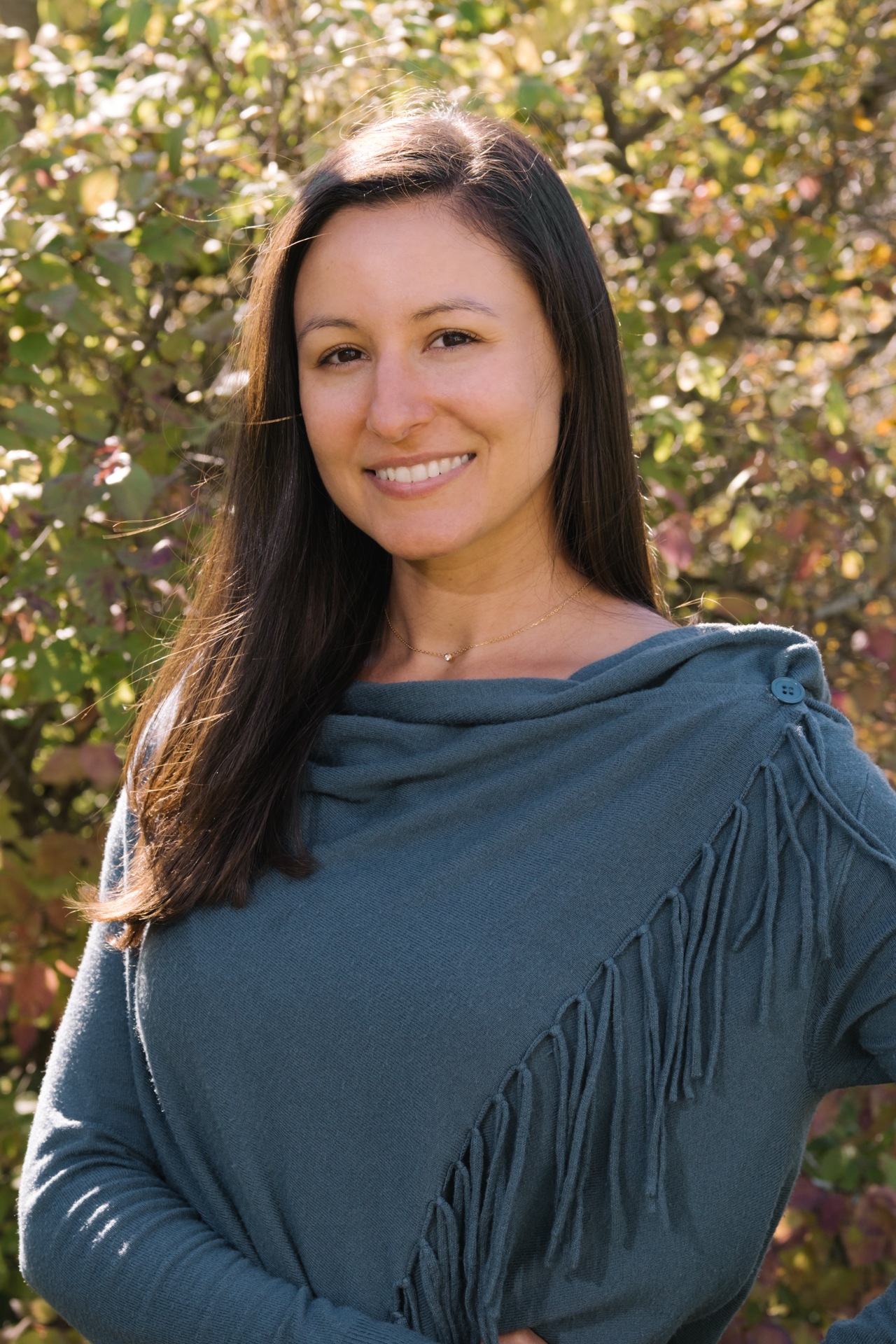 Marie Dardeno D.O. began her medical career at the University of New England School of Osteopathic Medicine (UNECOM) in Biddeford, ME, where she discovered her love for Osteopathic Manipulative Treatment (OMT).  She completed her residency at the Maine-Dartmouth Family Medicine Residency Program where she was trained in primary care of adults and children, hospitalist medicine, and labor and delivery of babies. Her residency program supported and nurtured her love for OMT, and she was fortunate enough to treat her patients in many settings and stages of life.

In addition, she completed the 200-hour Integrative Medicine in Residency program through the University of Arizona Center for Integrative Medicine.  Her particular interest in integrative medicine is the mind-body-spirit connection and the benefits of self-healing practices such as meditation, breathwork, and mindful movement.  In addition, Dr. Dardeno is board certified in Family Medicine.  In her personal life, she enjoys spending time with her husband and two dogs, hiking and being outdoors in the beauty of Maine, traveling, and visiting friends and family. 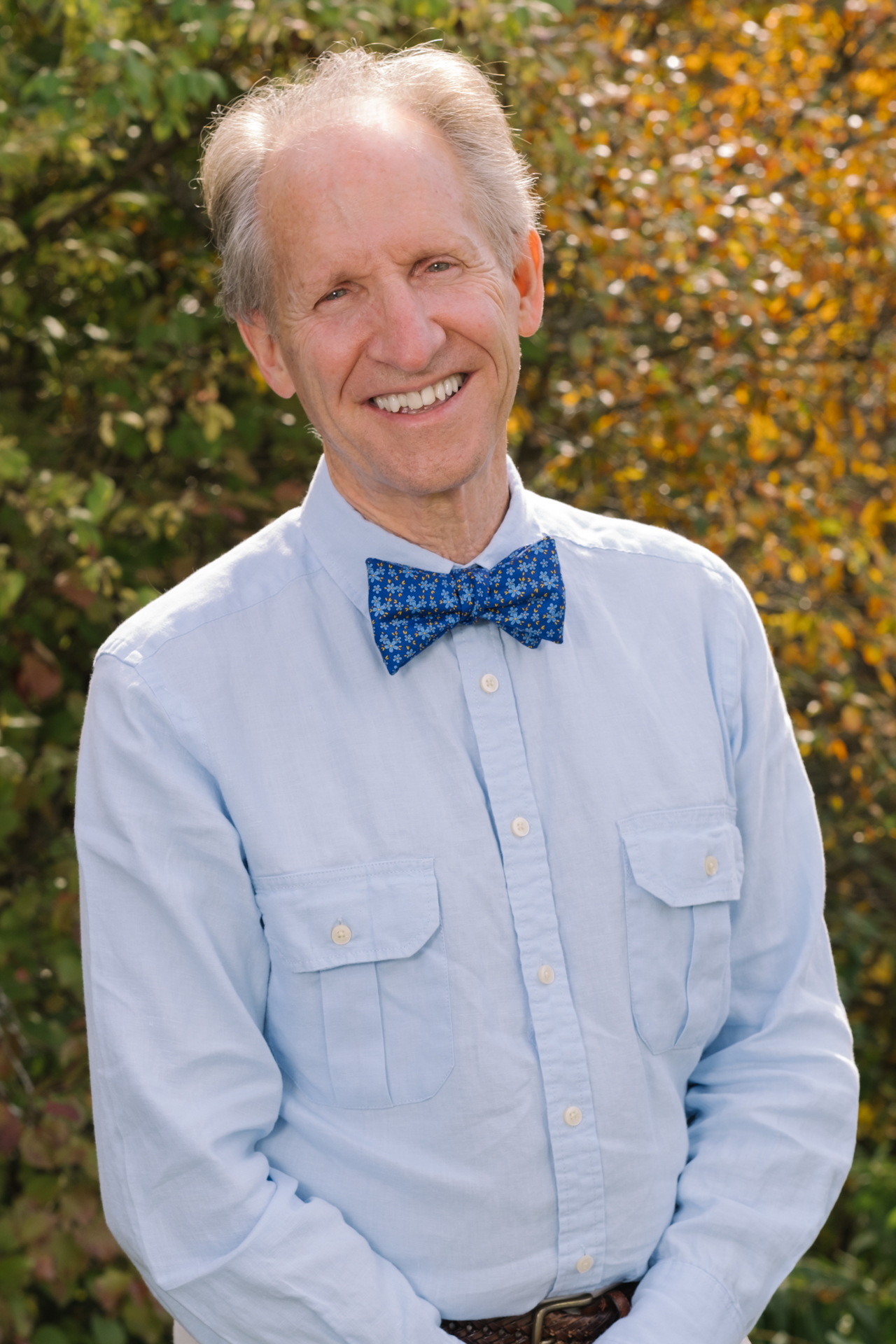 Donald V Hankinson, DO, graduated from The New York College of Osteopathic Medicine in 1985 after completing a one year Fellowship in Osteopathic Manipulative Medicine. Dr. Hankinson has been in practice since 1988, including 5 years of Emergency Medicine and 12 years of Family Medicine. He is Board Certified by the Osteopathic Board of Family Practice and by the Osteopathic Board of Special Proficiency in Manipulative Medicine. He is the Director of The Division of Osteopathic Medicine at Maine Medical Center, has consulting privileges in OMM at Mercy Hospital, and is a founding member of the Portland Osteopathic Children’s Clinic. He was selected as Physician of the Year in 2001 by the Maine Osteopathic Association and received their Distinguished Service Award in 2005. READ MORE

Dr. Hankinson’s practice at Osteopathic Healthcare of Maine is devoted to consultations for Osteopathic care, with an emphasis on Osteopathy in The Cranial Field (OCF) and on the Biodynamic model of OCF. He is also active in the study and teaching of Osteopathy and its insights into non-invasive health care.

Since 1989, he has studied and taught William Garner Sutherland’s Cranial Concept with A Still Sutherland Study Group, which was founded by Anne L Wales, DO, who was one of Dr. Sutherland’s original students. He has also studied with James Jealous, DO since 1990, for whom he has been teaching courses in The Biodynamic Curriculum since 2004. He has taught the Biobasics program since its inception in 1991 and for numerous other local, national, and international Osteopathic and Allopathic organizations. These include the Osteopathic Cranial Academy, the SCFT, the AAO, the MOA, Maine Medical Center, Mercy Hospital, UNECOM, the Société Ostéopathique Franco-Américaine, and the Sutherland Cranial Academy of Belgium.

In addition to his professional pursuits, Donald finds joy in a wide range of other interests including: music – singing, playing guitar, and 5 Rhythms Dance; exploring all 4 seasons of Maine’s natural beauty by foot, ski, snowshoe, kayak, and paddle board; involvement in local spiritual and community groups and activities that promote kindness, Health, and healing; and enjoying the company of his family and friends, especially that of his young grandson, James READ LESS

Get an immediate callback